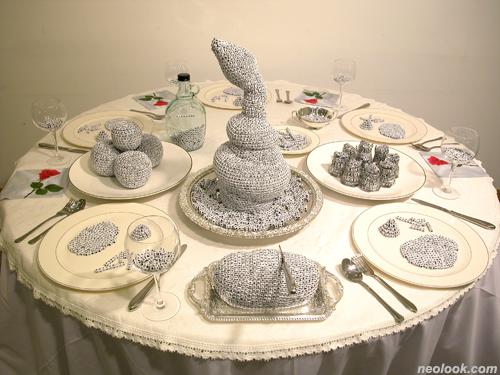 Allegory of desire ● Oh, Won-Young's work breaks away from tradition of modern sculpture. His works don't pursue "reproductions" of people and things, yet they are not attached to the sculpture itself as a mass or it's autonomy. His works are anti-formal in regards to form and material. They purposefully expose things for what they are, except for the "essence" of sculpture, which modern sculpture wanted to escape from. Namely, they have irregular form, splendid and cheap feeling colors, such as use of a highlighter, and expose personal or social desire. They remind one of "Eccentric Abstraction", which Lucy Lippard used to refer to the works of Eva Hesse or Louise Bourgeois, but also of other works which can't be totally the same as them. 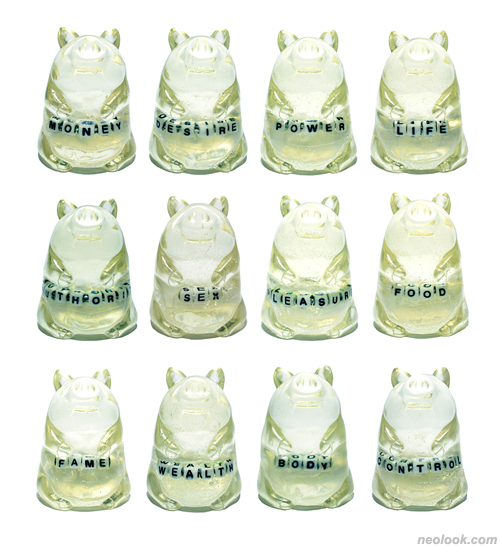 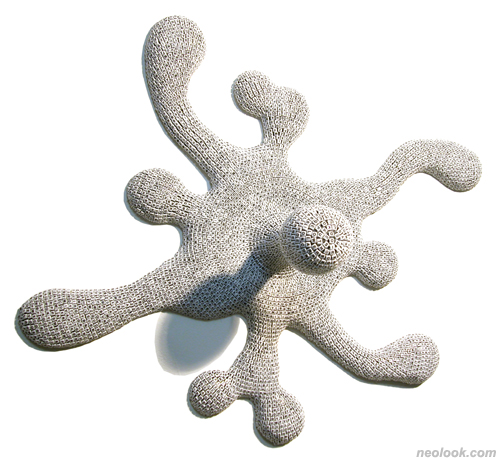 The main characteristic of Oh, Won-Young's works is a unique sensitivity about Korean society, culture, and art since 1990. As I stated earlier, he broke away from the aesthetics of modernism and expresses desire of common customs and daily life. In first his personal exhibition in 2000, his series 「Obesity」 expressed sexual desire and power which was repressed metaphorically. That work was made from condoms, silicon, sten wire, and so on. The works were not huge like modern sculpture, and they didn't reach only author's mysterious form. Only the form, which reminds one of a man's genitalia, has stimulated colors and set up in a line on a shelf. Also, wires are spread apart and swelled out so it was distorted to an odd form. In this work, we can explore individual desire, cutting the relationship between sexual objects, and the structure of social repression. 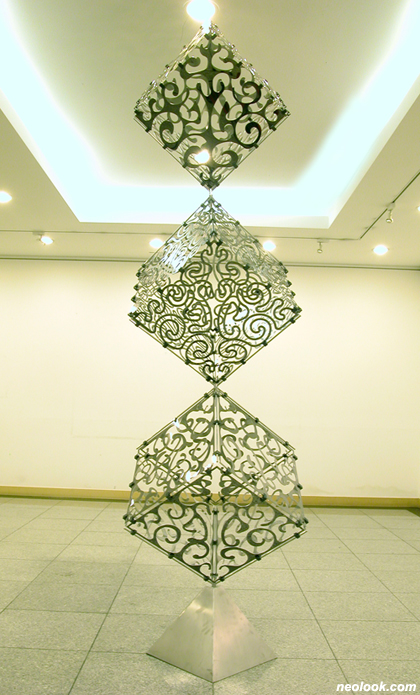 The work 「Egoism」 is cut from stainless steel and remade again into a hexahedron. This cube sees inside and outside together and flowing the air freely like a 'brattishing'. Therefore, this work eliminates the sensation of weight. It has a deluxe feeling because of the soft, Baroque style lines, but it doesn't show a real aristocratic shape's feeling like in the past. They almost have a form of a meaningless curved line and shine expressionlessly. The cube, which modernists, especially minimalists, use habitually to express the "essential form of things", stands in a line with an unstable form and sticks on the wall in his works without expressing essence. They are a kind of kitsch, in that they are made namely to exist and laugh at modernism. 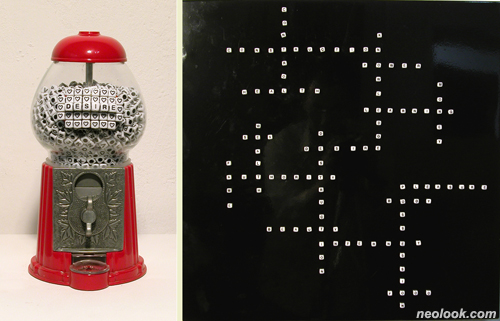 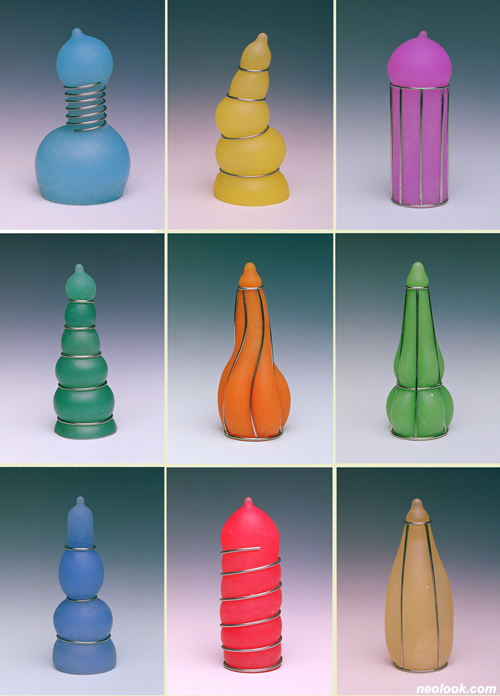 The artist attached words onto things that are less than 1 cm tall that he made with cubes and written in English. Also, he covered the surface with shapes of cakes, apples, etc. He then arranged these and made up the foundation of his work 「Supper」, which is a table of desire. In the middle of the table, the cake, which reminds one of a man's genitals, stands surrounded with numerous letters, and the plates and spoons are both placed on the edge. The food, which is called "life" is poked at with a fork, and the food which has written on it "MONEY", "POWER", "WEALTH", and "FAME", is on the plates and glasses. As a result, 「Supper」 shows human desire with exaggerated symbolism. Again, we see the table of this 「Supper」 and realize that desire is the meal, which makes us look back deeply upon our lives, and realize it was supported by eating desire. ■ Lee, Tae-Ho