"Being Deprived" and "Chasing the Morning"

Soyung Lee received a B.F.A at the Art Center College of Design in Pasadena, US majoring in Fine Arts / Painting an dreceived an M.F.A .in Fine Arts / Media at the Korean National University of Arts. Currently living and working in Korea, she was selected as a Sumu Arte artist-in-residence for a new media project at Gallery Titanik in Turku, Finland in 2008. ● "I would like to tell a story utilizing the genre of video; a story about a rankling human sentimentality that can be compared to somewhat exaggerated stories featured on TV or movies. I'd like to deal with subject matters such as the complexity of the various cultural context, the conflicts with the surroundings, the unfamiliarities and exaggerations in a mundane life, and the constraints and compulsive desires in a personality. Often, I want my audience to see a human being in the story, not an individual. What I want to express is a world that started from my experience but is parallel to my everyday life, its boundaries and the outer world somewhere in-between." ■ LEESOYUNG

"Being Deprived" and "Chasing the Morning"展_2008

The interviw of hypothesis: "Being Deprived" ● It is an interactive project, which asks for the participation of the audience and lies in the hypothesis of construction of situations. This interview project is not only about contents of interviews, but also emotions and interactions heightened by performing situations. The work consists of the form of events taking place in a simple set installations and the active participation of people. During the performance at Titanik Gallery's Sumu studio for one week, not only the contents of interviews are important, but at the same time it presents as topics, the diversity and ambiguity of interpretations to questions, various reactions of people such as a tension from talking about themselves in front of the camera, interactions between the interviewer, the interviewee and the camera in this situation. 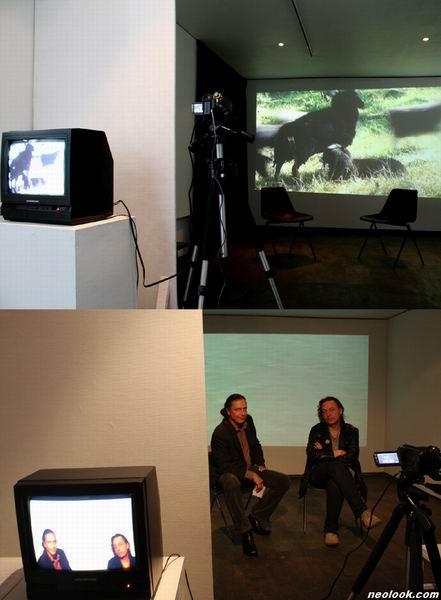 이소영_Interview of Hypothesis Being Deprived_2008

The question is on the subject of "being deprived"; each interviewee is asked to answer a question about what is being taken from his or her realm by someone (or something). In life, we all have something taken or stolen from us, knowingly or unknowingly. What starts as a hypothetic question turns into a serious discussion on our awareness or willingness to react to this situation and how we deal with it: Whether we have control over it or not, or whether we let it happen. In the video, the issues, such as the restrictions and frustrations toward the bureaucracy, a personal guilt from one's relationship with the family, the power of Internet, an experience from the childhood, the fears in the society, were discussed as the contents of these interviews. 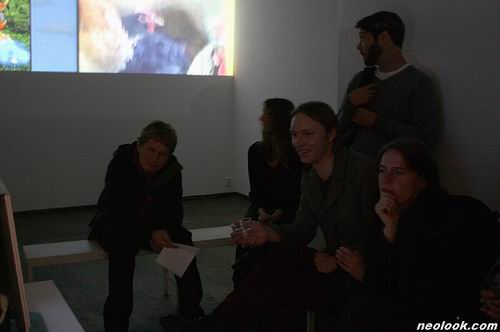 "Being Deprived" and "Chasing the Morning"展_2008

Chasing the morning ● To complete the realm of my own, I need to combine the truths of the visible world that lies outside and understand what is going on within me. It seems to be an infinite seeking and chasing after the two, and in the end, nothing seems real at all. I keep searching for the right representation of the images of mind, but the right fit would never be found. With this chicken series, I've created two different worlds with the images consisting of the real roosters and hens and the artificial models. I've first filmed the artificial models of the chicken and a few other birds from the set in Korea and filmed the real chickens in Finland. By doing so, I'm not trying to point out the obvious contradiction of what's real and not. I was trying to portray the ideal chicken farm with the stories of their own and was seeking both settings in order to succeed with this purpose. Again, with a realization of my failure in both cases, I was left with just the representation of my poor imagination and of the live chickens. But the search for the realm still remains. ■ Gallery TITANIK