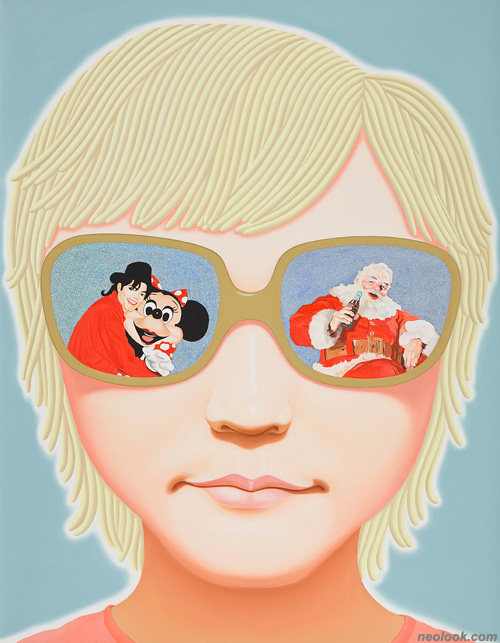 God made man in His own image and to resemble Him, but through sin, man has lost resemblance while retaining the image. Having lost a moral existence in order to enter into an aesthetic one, we have become simulacra. (Deleuze)

Choi Yunjung's 『Moderno』 works with human faces. Each face is enlarged to take up almost a whole canvas and wears sunglasses. On each tinted lens is superimposed a popular image, such as Coca Cola, Starbucks, Mickey Mouse, Madonna, Michael Jackson, Princess Diana, Korean national flag or Jesus. Many contemporary artists have dealt with popular images, transmitted through the media for addressing the representation problem. In contemporary art the representation problem is an important issue associated with the identity problem of art itself. The popular media images are used by artists who think the art is concerned not with representing the real but with incarnating the imaginary. 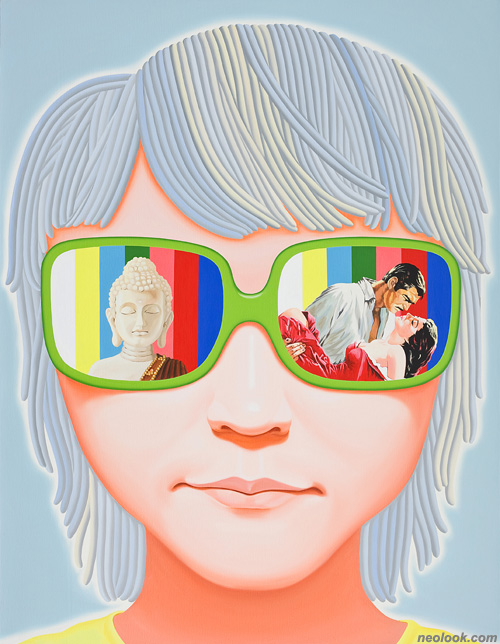 According to Choi Yunjung, figures wearing sunglasses in her paintings mean we meet the myth through the media and popular images on lenses are the contemporary myths produced and reproduced through the media. These images as myths have become part of our life. But they are just contemporary icons with no substance. 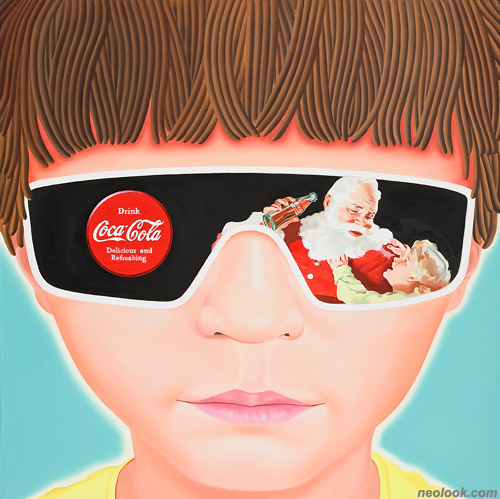 Choi's idea that images transmitted through the media have no counterpart in the real world, but are only simulacra, is clear in 『Moderno』. The Mass media shows us not a real world but a simulated phantasmatic world. It blurs the distinction between the real and the simulated. It exerts power to make us believe the simulated world as real. It shows us celebrities' images possessing all the wealth and happiness, and mass consumption products offering all the usefulness and freedom. These images repetitively appearing in the mass media create myths. 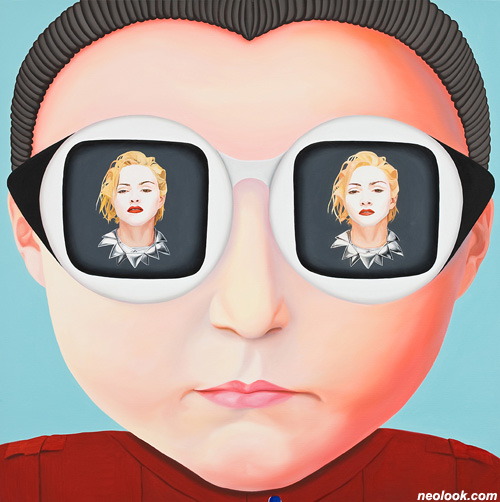 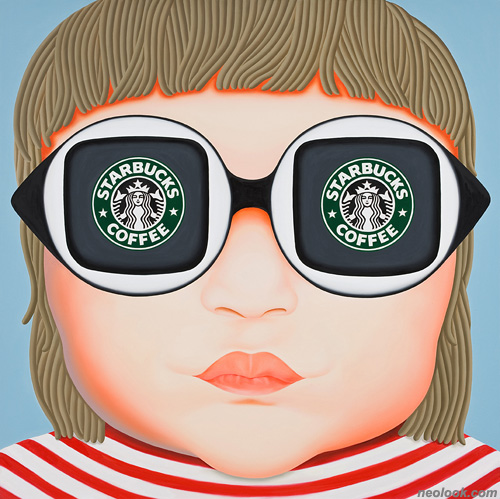 『Moderno』 shows the human beings who pursue popular media images, that is simulacra, and become themselves simulacra. Gilles Deleuze said "Modernity is defined by the force of simulacra." ● We could find Deleuze's modernity in 『Moderno』. It shows an age in which everything and everyone, even you and I, are becoming simulacra. We find in Choi Yunjung's 『Moderno』 simulacra's enormous influence. Choi Yunjung has advanced one step further with popular images. They are used for not only addressing the problem of representation and identity of art, but also identity of self. 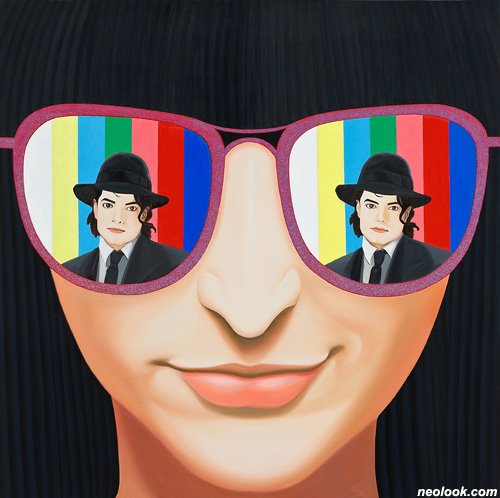 Our reaction to 『Moderno』 would be diverse. One would criticize modernity, the other would praise modernity. One could feel curiosity, the other powerlessness. One may think about pop art and neo-pop art, or modernism and post-modernism, or Plato and Deleuze. 『Moderno』 gives us chance to think about modernity seriously. ■ Youn, Joungyoon