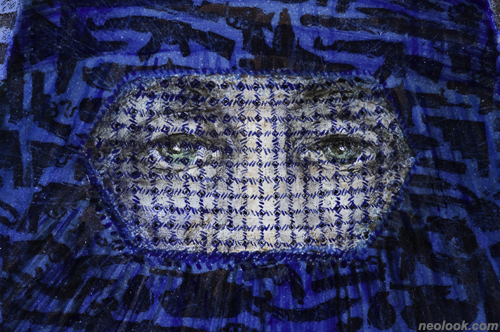 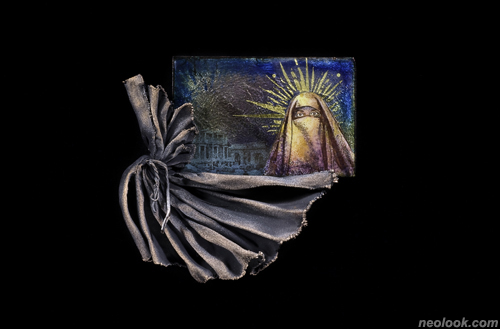 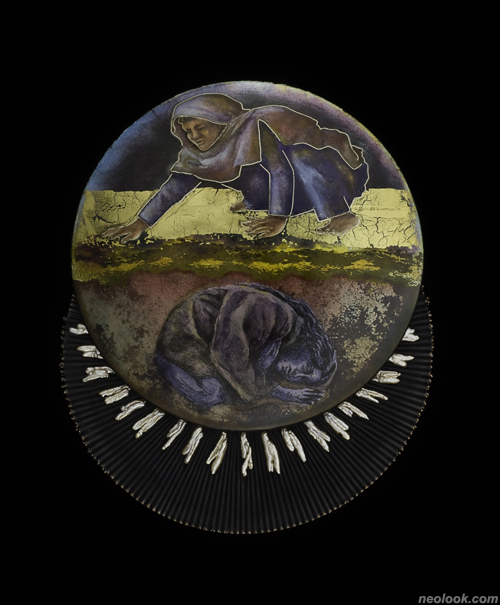 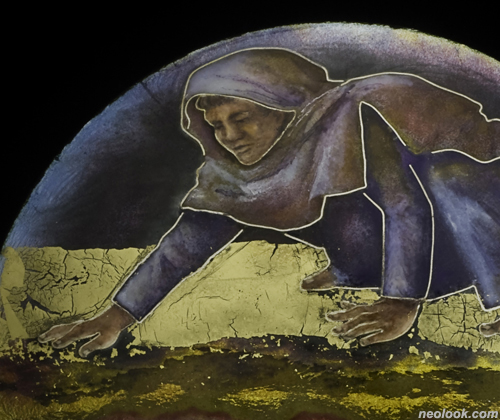 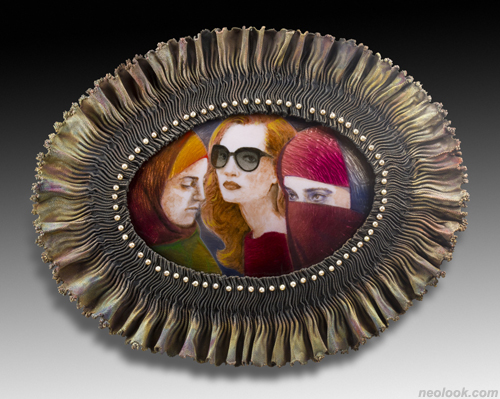 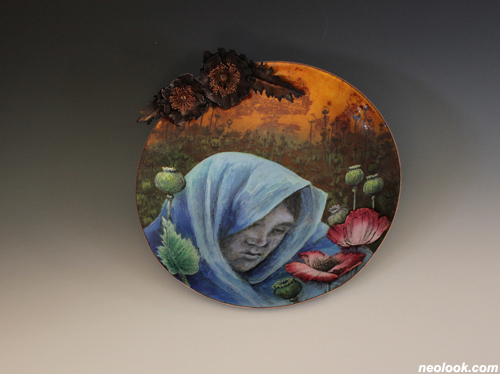 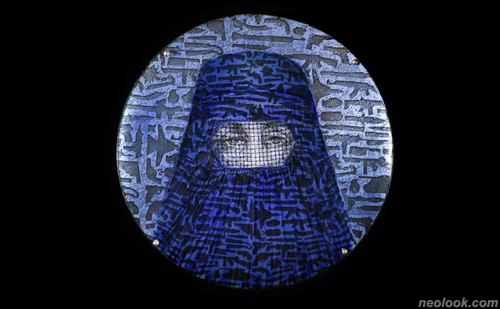 UNVEILING: A HIDDEN PERSPECTIVE ● This exhibition would address the variations of women's modes of dress, especially of head coverings that are dictated by cultural norms, religion strictures and tradition. I would like to examine and compare the significance of body covering and religions from Western viewpoints versus those of the Mid-East. Ideally, my work would shed light on the meaning of body coverings of the strained dichotomies within disparate human experiences from the West to the mid-East. What does clothing signify for women globally as they navigate our 21st century world on a daily basis? The ways in which they dress and cover themselves can ignite alienation and/or misconceptions if it contradicts the beliefs or traditions of a different culture. Does it free them to express their individuality as in the West or is it rather a method of organization, control or bias via gender or class? How much do various countries judge each other via political or religious connotations associated with the way we dress? I want to expose the viewer to my images, beautiful or disturbing, so they might personally reflect on and appreciate the differences and similarities of body coverings and rights that women are permitted or choose to have within their particular societies. ● Depending on size of gallery space available, 15-20 exhibition pieces would be available, consisting of jewelry, small sculptures, containers and wall pieces. Sizes would vary from a small jewelry scale to larger (no more than 1 foot high by 1 foot in diameter.) ● MARY CHUDUK, studio artist from Arizona, studied at the Art Institute of Chicago early in her life and later received her Master of Fine Arts degree from Northern Illinois University, with additional studies at University of Grenoble, France, and post-graduate work at Arizona State University. She was a resident artist for the City of Phoenix Visual Arts Center. She has shown her work within the US in many prestigious invitational and competitional exhibitions such as Craft USA, SOFA Chicago, Crafts National 37 and multiple biennales of the Enamelist International Society. Her pieces have been shown internationally in Switzerland, Japan, India, Russia, Spain, Korea, and Canada. She has had solo shows in San Diego (California), Wichita (Kansas), Phoenix (Arizona) and a trio show in Seoul, Korea. As a recognized instructor Mary has presented workshops across the US, including Penland School for the Arts and Arrowmont Center for the Art and Craft, the 92nd St. Y in New York City, and for art departments at Kent State, San Diego State, and Northern Arizona Universities. In addition she has taught workshops abroad in Canada, Australia, Japan, Turkey, Mexico, Georgian Republic, and Korea. Her work has received many awards and has appeared in numerous magazines, newspapers and books. She has also written and published her own book Enamel: Technique and Experiments. ■ GALLERY DAM

My recent work is informed by the plight of women, religious or not, throughout our ever changing planet. With the advent of mass Internet usage across all countries, the depiction and discussion of cultural norms, religion strictures and traditional modes of dress are now more easily accessible for all, with both positive and negative effects. This global realization of other populations can increase mutual understanding but it can just as easily encourage alienation and misconceptions of varying beliefs that digress from the familiar and traditional of each party concerned. ● My own international travel, especially in Turkey and the Republic of Georgia, along with extensive study have aided me in examining the significance and preciousness of folklore, modes of body covering and religions from cultures that diverge from the American mainstream, especially as it pertains to the role and status of women. ● A particularly potent lightening rod of this cross-cultural dilemma is the female head covering. This simple article of clothing has evolved into a cultural identifier in accord with religious or political beliefs that stratify different sections of the world. Historical precedents actually support more similarities than differences in the ways that women have dressed and covered themselves (especially in a religious context) through the ages. For example, the veiled garb of Roman Catholic religious nuns has been an accepted and familiar site of much of the Western world for centuries. I am following the thread of these strained dichotomies within seemingly disparate human experiences from Eastern Europe, North Africa and the mid-East, regardless of the strife and warring that plague the area today. ● As I continue to read and research, I become more and more aware of the gross misunderstandings that continue to fester worldwide, especially those concerning women of various countries in the Mid East. By and large, Westerners on the whole tend to generalize and lump all these disparities together. We might not see any difference between a Muslim woman in Indonesia who is covering her head out of reverence and a Muslim woman in Afghanistan who has been forced to wear the burqa by the oppressive regime of the Taliban. The goal of my new metalwork (which includes jewelry, wall pieces, and intimate sculptural forms) is to inform, educate and galvanize my viewers to see the wide variety of differences between many countries in relation to the powerful meanings of the veil. The terms hijab, niqab, chador, and burqa are tossed around in our Western lexicon with little comprehension of their meaning or even what they look like. ● Learning about the individual lives of these women has pushed me to expand my role of artist/metalsmith into that of a social commentator. I cannot avoid making work that is increasingly more critical of a various groups, governments, and beliefs. The visual statements in my work seek to open my viewer's eyes by providing a direct, emotive connection with the plight of covered women from a variety of countries. ● In conclusion, I see the images in my metalwork challenging the notion of what a woman can and cannot wear, and what it means to wear it. I hope to stimulate further thought and discussion about the role of the artist in an increasingly complex global society. (January, 2012) ■ Mary Chuduk