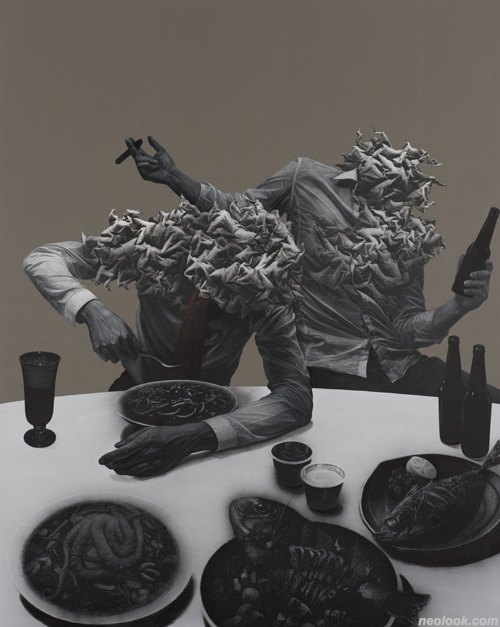 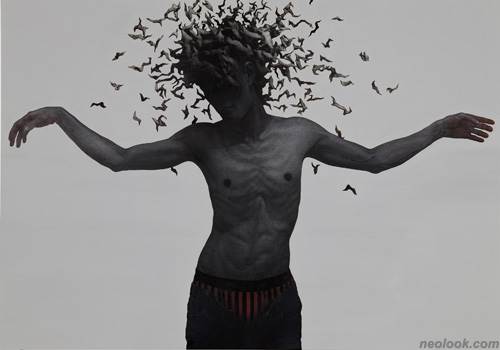 Choo's color pencil and acrylic-based, large-scale paintings deceive the eye at first glance - they are drawn with an astonishing technique that renders the images extraordinarily photorealistic. This mid-career Korean artist's works are not only striking in its sheer size and process, but also in what it depicts and represents. One of Choo's monochrome paintings realistically portrays men in presumably fine suits, dining and wining in a festive and dynamic environment. However, this scene is far from typical and familiar – from their torso and up, the figures' chests and faces are disfigured, as if they are made with paper crumbling and dissolving into the air. Choo claims his paintings reflect his perspective of the struggles of men today. He disassembles human bodies to represent the inner turmoil that people hide behind their façade of composure, luxury, and superficial joy. He writes, "These empty and destroyed 'shells' represent the hypocrisy of men, whose well-kept outer appearance belie deception, corruption, pretense, and falsehood." Furthermore, images of animals and children also frequently appear in his paintings, but without the apparent scars that dominate his other adult-like figures. By juxtaposing the destroyed men with untouched children and animals, the artist satirically critiques the contemporary men's loss of innocence and purity in today's highly materialistic and immoral society. In this way, the artist successfully captures what he calls, "the dehumanized soul". 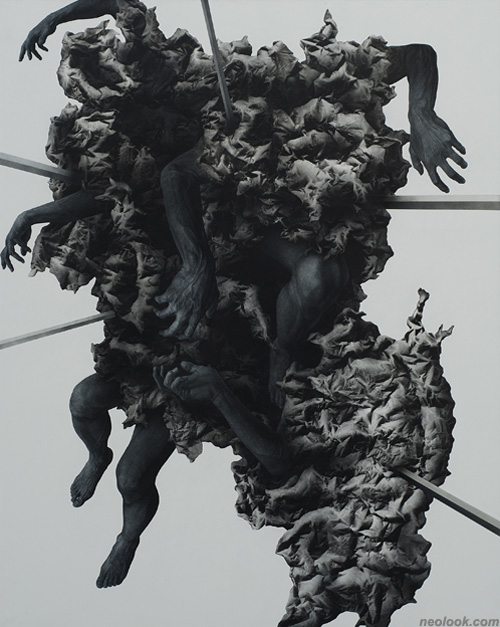 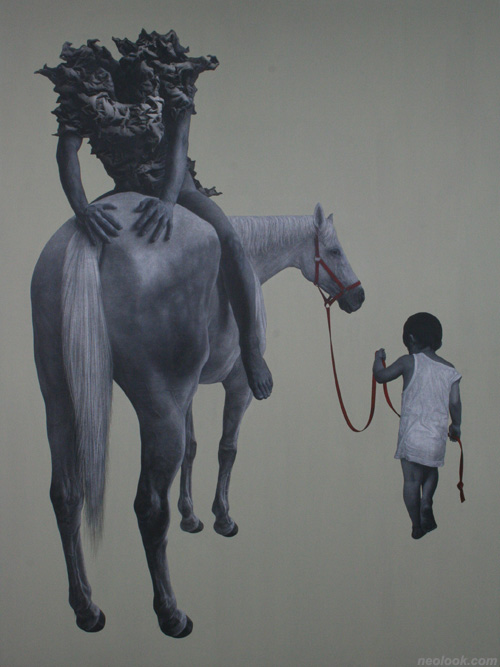 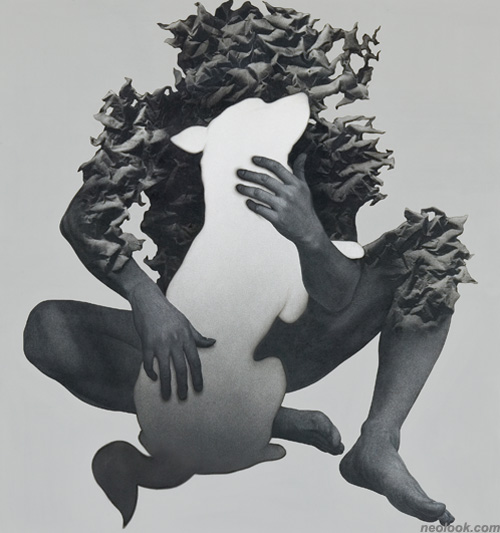 Born in 1975 in South Korea, Jongwan Choo received his BA and MA from Young-nam University. Since the late 1990s, Choo has held 11 solo exhibitions and participated in over 60 group exhibitions in several countries, including Korea, England, Germany, China, and Japan. Most notably, he was featured in Korean Eye, a major global publication that introduced key works of 33 most prominent, emerging contemporary Korean artists. He has exhibited in prestigious institutions such as, Saatchi Gallery and Gwangju Museum of Art and has participated in a highly competitive residency program jointly sponsored by Museum of Contemporary Art Shanghai and Daegu Art Museum. ■