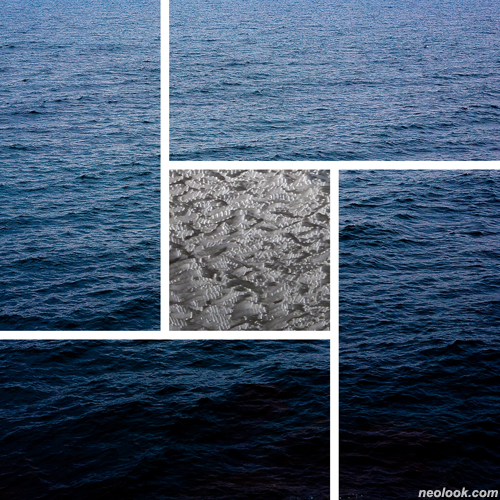 Koh Hon skillfully uses both surgical drills and industrial machines for carving. The craftsmanship is explicit with fine details; it is strong yet delicate. Under the spotlights. his works in aluminum gain warmth. The subject matter becomes alive as much as your eyes are. Reflection of lights and shadows are surely main players, giving the paintings a special way of appreciation. ■ Karen WU 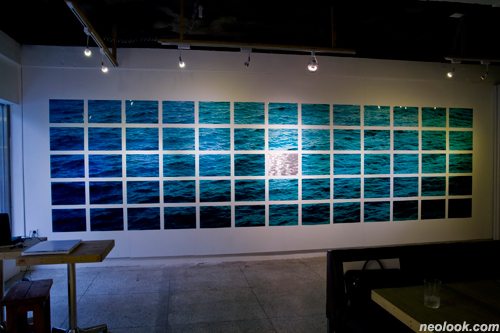 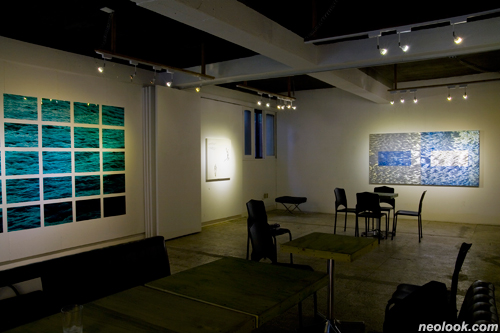 The drawings, rising with careful negative, are secluded from the clear world of image and included inside of the aluminum plates itself, carving the delicate folds on the surface of the aluminum plates. Those folds and scars on the aluminum plates appear and disappear in the sunlight. Those are peculiar images coming out temporarily. Those drawings are images hidden on the material of aluminum, and a plane surface, with sharp and thin lines and rough lines mixed and woven by the various control of grinders and sandpapers. The carved scars and remains in the surface of the plates became the drawings and the color of the screen and material can be varied according to the intensity of the carvings on the surface. ■ Park Young Taek 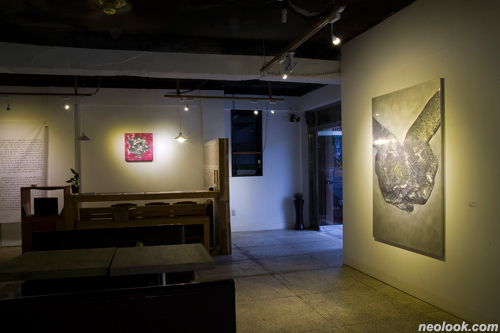 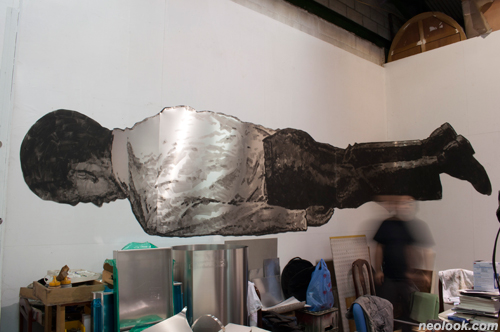 The artist would express, though his artwork, a certain slowness of dullness, coagulation and standstill, etc. At this stage of his artwork, there is no more aboriginal element. If there is any, it would be only a flash. It will not occupy the land or own it, but floating around the place, here and there. They lacks the original ground and totally collapsed. Tolez would accept the term of collage of collapse of ground as freedom of the ground being not mediated. ● In Koh's art works, the delineated lines passing over the surface being covered by the colorless or single color would prove the ground constantly moving under the surface balance of the organic representation. Thus, the various aspect of the winding and irregularity on the pictorial surface of Koh's painting would often been impressed as the objects of painting would all together gush out the peps. Anyway, there in the aboriginal time and space are free and wild unaccustomed pluralism of ego. ■ Lee Seon Young 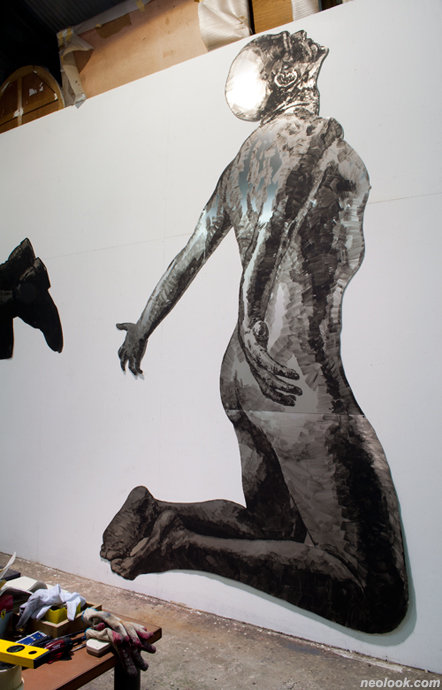 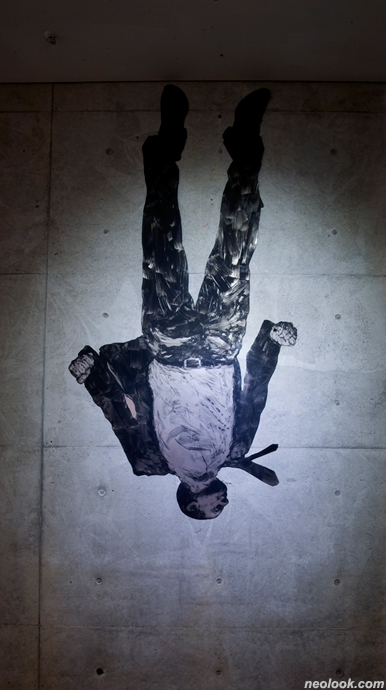 The myth came from disparity. All the binary systems such as god and human, past and present, man and woman, dream and reality, and etc are based on clash between two heterogeneous notions. Ko is an artist who habitually raises questions about human and its life in the civilization. He knows how to make a noise, and he overtly makes critical comments on the current situation in this materialized world. Ko's juxtaposition makes a sharp contradiction between the highly refined aluminum and the uncouth scratching technique, the upside-down city landscape and today's landscape, the curvaceous female body and the rectangular frame. He knows that this polemical stance between two different parts is not a poison but a remedy. Now he moves between many things and became a messenger. Guess where will be his next flight back and forth. ■ Lee dae hyung