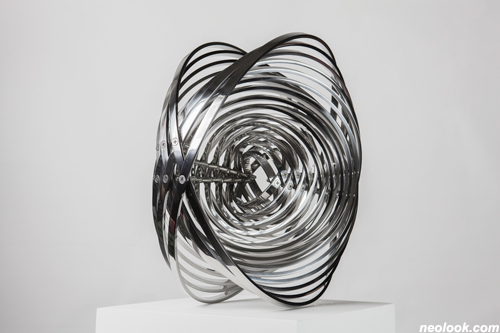 Hanmi Gallery is proud to present Sungfeel Yun's solo exhibition "Fields of Immersion". Based in London since 2008, Korean-born artist Sungfeel Yun has united his collection of conclusions about the interrelations between art, spirituality, and theoretical science in his latest exhibition at Hanmi Gallery. Materialising an essence of density and cosmic energy in his paintings and sculptures, physical matter on the surface of his paintings and modular forms transmits invisible electromagnetic forces to the audience and pulsates through the exhibition space, delivering the title to his latest show—"Fields of Immersion". "Fields of Immersion" encompasses a range of Yun's works that are bound together by the theme of revolution—cosmic revolution and the revolution of life in the scale of the human mind. With a profound and complex understanding of the balance between the obscure and the graspable perceptions of invisible forces, Yun embraces the universe and offers the audience tranquillity in chaos; stillness in movement; and immensity in visual forms in his final solo show in London after 6 years of work here. 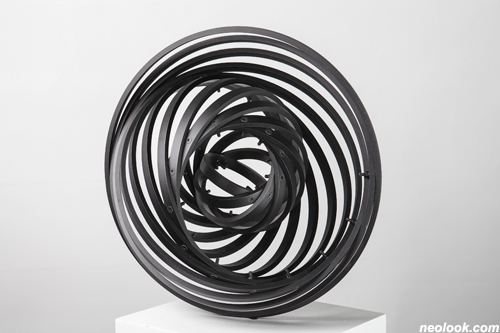 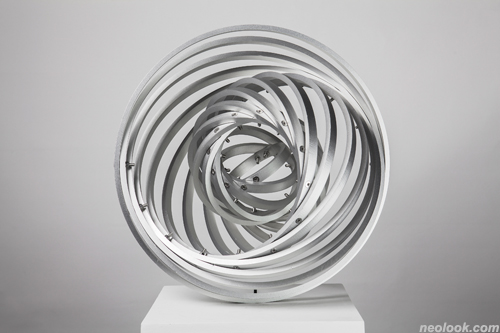 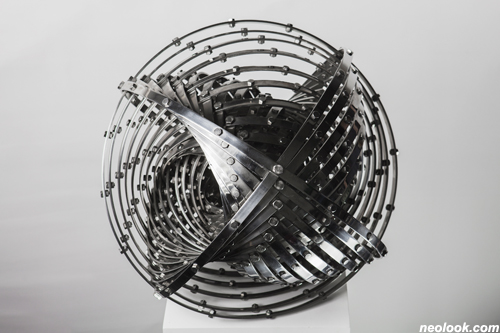 In his artwork, Yun explores the connection between the theoretical sciences, such as string theory and quantum mechanics, and Eastern philosophies. By incorporating rotating magnets, motors, and action sensors in his Chaos, Cosmos and Circulation Series; structures reminscient of topological forms in his Energy Series, Yun opens a dialogue between physical science and aesthetics, bridging these seemingly contradicting ideas through artistic expression. The full circle motif he employs is more than a visual representation of the cyclic nature of creation and destruction—the Yin and Yang in Taoism and Buddhism, but a conscious contemplation of spiritual and physical laws from within and without the self and the cosmos. 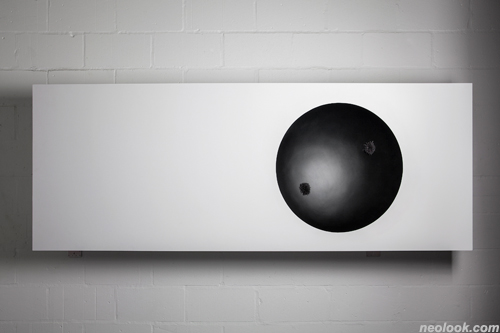 His works are minimal and perfectly harmonious, his thoughts expressed with distilled clarity. He states: "I avoid redundancy and superfluousness in visualizing my ideas, as visual flamboyance often cloud my ideas within the works. My works are concise records of my self-exploration, and my thoughts on the universe." The simple yet deeply powerful cyclic motif fluctuates in the minds of the audience with the vastness of infinitely expanding and contracting two-dimensional planes in all directions, confronting the audience with the artist's and their own existence in this universe. 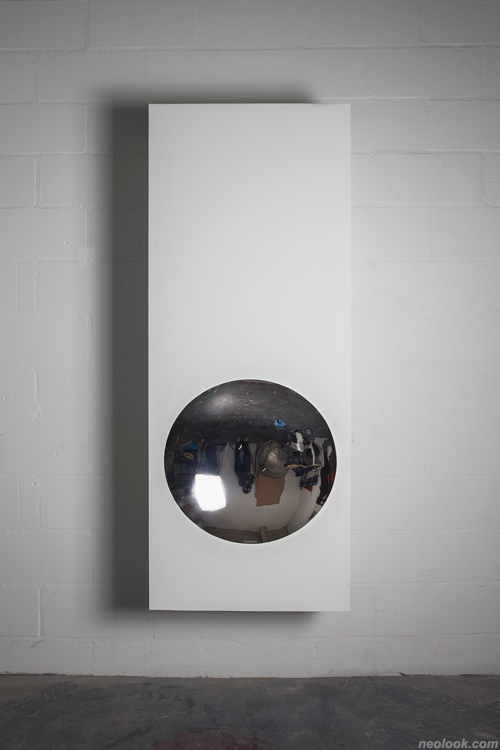 Sungfeel Yun completed his MFA in Sculpture at the Slade in 2013 following an Art Practice BA from Goldsmiths. He was awarded the Broomhill National Sculpture Prize, Special Commendation, North Devon, E.K. in 2013. He has been included in the 2013 New Sensation, 50 Long List by the Saatchi Gallery and selected as one of the 40 artists for the Catlin Guide 2014. His solo exhibitions include Chaos, Cosmos and Circulation at Pyo Gallery, Seoul (2012), Looking at The real world from within The real world, Zaha Museum, Seoul (2012), and an exhibition with the same name at sketch, London (2014). He has also participated in a number of group exhibitions including the 2013 Broomhill National Sculpture Prize, North Devon, UK and 4482 Map Korea, Barge House, London (2012). Yun lives and works in London and Seoul. ■ Hanmi gallery