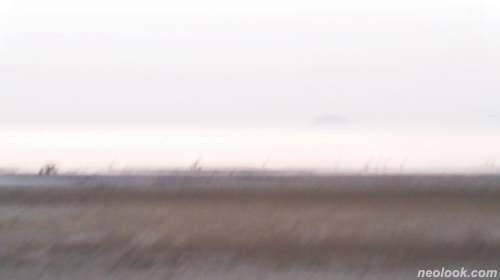 Beyond the Boundary of Time ● I saw the waves of East Sea as well as the sunset on West Sea. The blue water and the horizon, the red glow and the horizon, and the view of the horizon in contact with the sky! The jolting lights and wind embracing the horizon far away. The horizon is a boundary line of space dividing the sea and the sky, and a boundary line of time swallowing the lights and wind. I stand on the horizon. Time flows. The impacts of air and lights revealing 'a thousand faces'from moment to moment. I quietly catch the view of the wonder. Air and lights crumble, being pushed onto the horizon. A view in the view being decked out beyond the boundary of time! The slightly different views! There are no same views in the world. Encountering the view that is being generated and extinguished incessantly. The storage of my memory is always present progressive. 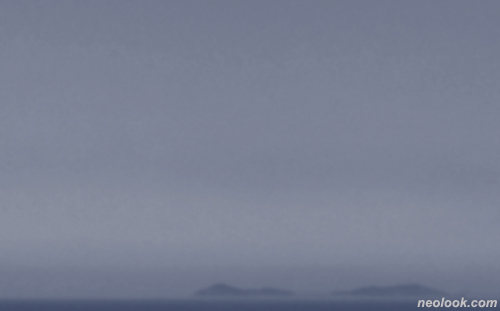 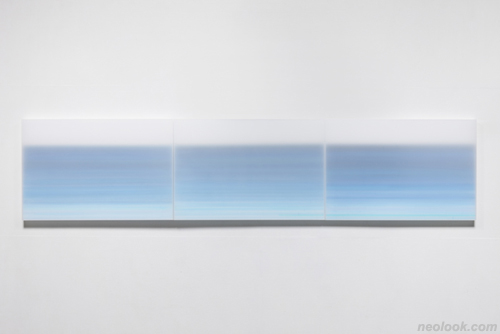 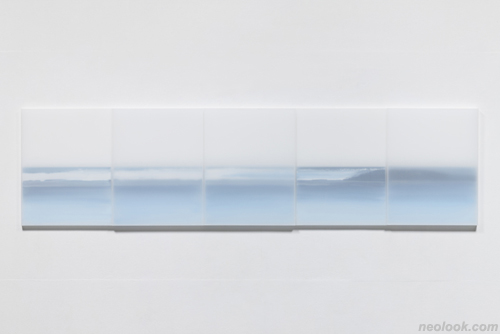 : Kim Yisu actively applies the concept of Duchamp, which is "inframince". Inframince is a concept of complication and imperfection. This concept indicates a very fine line, which is able to perceive with a human eye as an "eppaisseur", or can show the relation between the lines. This concept could be the same knowledge that the superficial color aspect or assembly of color made with overlapping lines. As we disclose this concept a little more, this encounters with the concept of Derrida as we called "Difference". Inframince of Duchamp could bring an imagination of a trace of bullet right away when we heard the gunfire from a short distance as an example. As we speak, "Difference"includes the meaning that the physical distance holds the periodic and emotional distance. Furthermore, we could imagine the place of concept with distance and difference is further between the distance of you and me or the distance of both extremities. As we calculate physically, the distance of the two poles is far in real but the emotional distance between you and me could be farther. We could say the value of distance through the concept of Difference of Derrida. Difference is related with procrastination. This will change the principle of chronological monism to complex viewpoint. One of the events is not recorded in a history at once. The physical trace of an event could be fixed or forgotten easily but the spiritual trauma exists as abstract status on the individual, group or society. Memory rises to the surface slowly after not fixed on the past time. Delayed time is the realization of diverse society phenomenon of unseen past trauma. 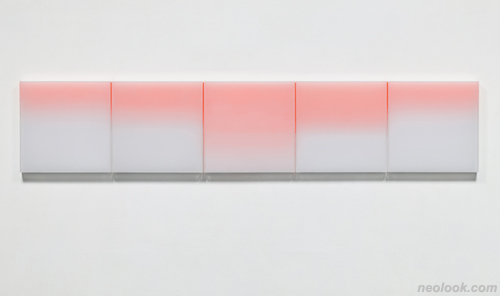 Kim Yisu actualize the concept of "inframince"through the phantom of non materialistic color absorbed from the surface of the multiple layered stratum. What we see is close to a shadow or an afterimage rather than a shadow. The conflict between the things seen and the unseen comes from the incompleteness of the earth's crust. The painting with transparent texture of "Rothko" invite the spectator close at hand, Kim Yisu abstract expression deliver us to the contradictory world. We cannot hide the amazement on the painting of Rothko, which seducing us to approach closely after we discover the atypical square not separated from the circumference but mixed with other particles. The spectator with incomplete viewpoint fell into a hallucination, which makes us to feel a self-movement of a color plate of subject. On the other side, the abstract scenery art of Kim Yisu comes from the overlapped stratum without stopping the visible appearance on the surface. The curator "Chung-A Lee"talk figuratively on his work as an empty chair which keeps the someone's warmth after his leave. This interpretation is excellent and easy. Isn't that an interchange of feeling on someone's work or object with every sense to stay not only on the observing but on also perceiving? (Jung, 2012) ■ Yisu Kim