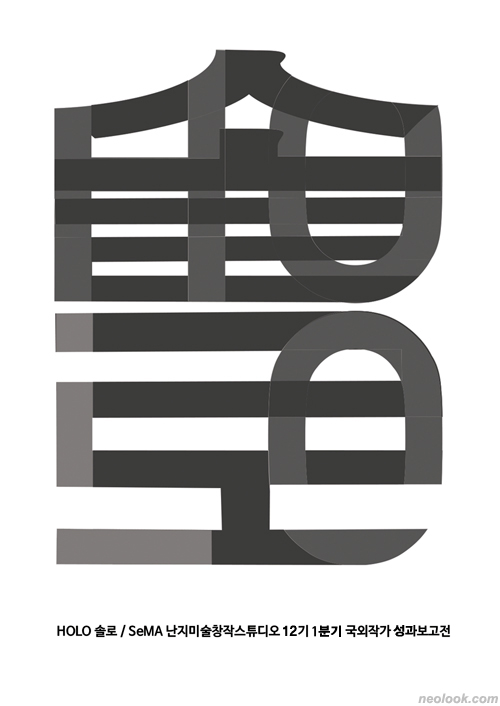 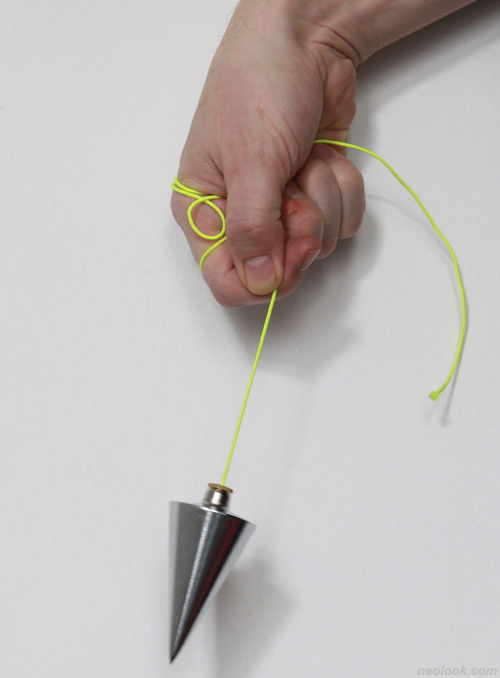 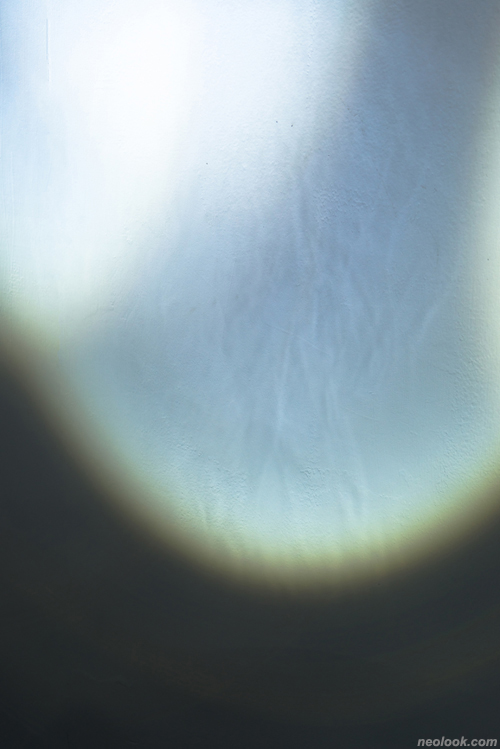 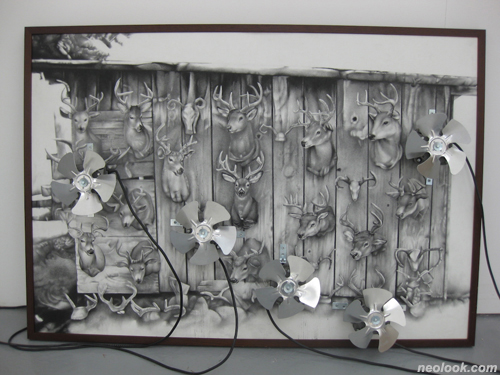 As the first season of 12th SeMA NANJI RESIDENCY, the reporting exhibition will survey works by four international artists that loosely touches on being solo. Although highly familiar and saturated with cultural undertone, the word 'solo' poetically resonates here—as each artist tries to apprehend what it means to be fully unaccompanied. With precarious methods and preliminary interpretations employed by each artists, 'solo' exhibition opens up to the viewer through series of miscommunication, misinterpretation, and miscomprehension. ■ SeMA NANJI RESIDENCY

The works consist of multiple interconnecting photographs on geometric wooden display units that trace the world they came from. The clustered images are taken in different locations but rest in the gallery as wholes. A sort of 'performance to camera' assemblage. They are not attempting to deceive the viewer, the disjointed illusions are happily exposed, the curtain sits half open. The disembodied hands try to coax information or maybe build some sort of relationship with the foreign flora. They only of course have a limited vocabulary. ■ Angus BRAITHWAITE

I have been wondering where the wind comes from and where it goes. I suddenly realized that the wind is the philosopher of the nature that it can disappear in silence in the air. We can't see it or touch it. We neither can catch it nor smell it. Actually, the wind has always been around us in the flipping leaves and the swinging curtain. Both of them come from the wind. The wind can blow the cloud and blow it far away. "The cloud brings the rain and the rain becomes the frost." This is the power of the wind. However, in the interior space, the wind seems not exist because we can't see it. But the wind is always there in our breathes. Even a small sneeze can change its flow. This installation "Invisible Flotage" I made, to allow the wind visible in a new form, to help us realize the life and to feel and to enjoy the world around us. ■ Liu YI

Incited with questions on 'resisting its own being', "Back Fire" experiments with its own existence by negating itself with a direct mirror image that looks back at itself. The curvature of the surface begins to resemble the surface of an eye, beginning to look as if the right eye is looking strait into the left eye—feedback looping in a closed circuit system that only circles and looks nowhere; not even itself. ■ Minwoo LEE

My practice is to depict the world made of oppositions based on my own philosophy Subjectivity World and Objectivity World with actual events made in poetic ways through multidisciplinary methods. I seek to solve and discover the meaning, system and hidden messages of the complexity of the society while focusing on issues and critiques such as feminism and racism through journalistic approaches. Through the experience of attending SeMA NANJI RESIDENCY program in Korea from Japan, I researched on the issue between Japanese and Korean during the WWII period; the Comfort Women problem has been a big issue that gives a shadow between the relationship between the two countries over the past decades. As a Japanese artist, I worked on this subject to think back the historical issue and understand the sufferings and traumas of the victims who were drafted by the Imperial Japanese Army. The two works I am showing at this group show SOLO, are a diptych of drawings and a sculpture of a comfort woman. On the left side of the pair of the drawing, a girl standing on a front stage of a theater with Cypress tree, which is a symbol of death. On the right side is feet of Japanese Imperial Armies with foxes half hidden by the curtain. Between the two drawings, there is a rectangle light made of LEDs moving right and left continuously. The work suggests the front side and backside of a comfort women issue with a metaphor of "staged" politics. The plaster sculpture of a comfort woman is an interactive work, with which audiences can access to a website and send a text form, then whatever the words they sent will be shown on a LED matrix board on the statue. The work is an exploration of the awareness of the audience, which shows opinions of audiences on the subject that cannot be normally seen on the piece of work. It maybe a controversial to have people place their free words on the sensitive subject of the comfort woman, but as to think that we need to know how people generally think of the topic, it is important. ■ Tomie SEO